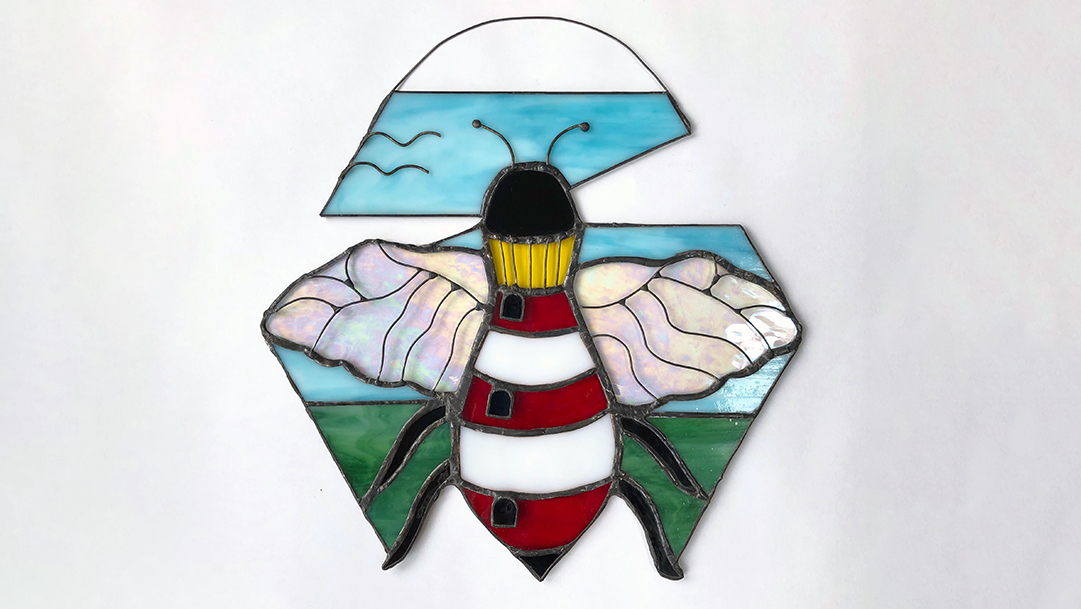 One of the great things about being an artist is that you have the opportunity to work with customers to make their visions a reality. This was the case when I had an enquiry for a bespoke birthday present for a lady who was turning 60. Her daughter sent me an idea she had for a truly special gift that was personal to her.

Originally an idea for a tattoo, the design featured a large bee combined with a lighthouse. The bee was to represent Manchester, where she originated, and the lighthouse was symbolic of Plymouth, with its famous lighthouse, where she now lives. The Manchester bee emblem is a worker bee and represents the efforts of the people who built the city in the Industrial Revolution in the 1800s.

As the customer lives a long distance away, I sent photos of suggested glass samples to her and she chose the ones she liked. We settled on a mix of solid and clear glasses. The sky and grass were made from translucent, semi-opaque glasses, which had subtle colour variations to suggest grass and clouds. The wings were made of a clear glass that had an iridescent sheen on the surface, to mimic real insect wings. The finer details, like the segments of the wings, birds and antenna, were constructed from wire that was soldered together and overlaid on the glass.

The customer was keen to keep spaces at the top, where the light beamed out, so I incorporated steel strips inside the leads to ensure the structure remained solid. A wire hanger was added to enable her to hang it on a wall or in a window, as she preferred.

I was pleased I was able to recreate her design so closely. Both were very happy with the result, which is a lovely gift that will be treasured for years I am sure. 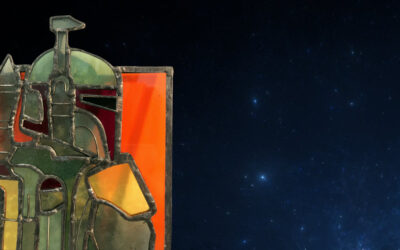 A great gift for a Star Wars fan

If your Star Wars fan ‘man who has everything’ has a significant birthday, what present can you get him? One option is to commission a Star Wars inspired stained glass panel. The Star Wars fan in...

END_OF_DOCUMENT_TOKEN_TO_BE_REPLACED 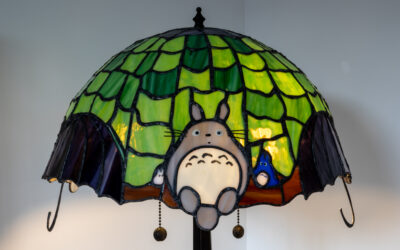 As many of you know, I love making special commissions in stained glass for birthdays and other events. One of the best requests recently was to make a unique lamp for a fan of the animated...

END_OF_DOCUMENT_TOKEN_TO_BE_REPLACED 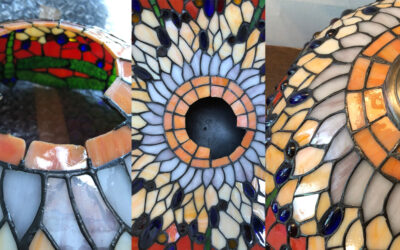 Naturally, a lamp made from stained glass weighs quite a lot. Add to this the weight of the solder required to hold all the glass pieces together, and you definitely have a heavy structure....